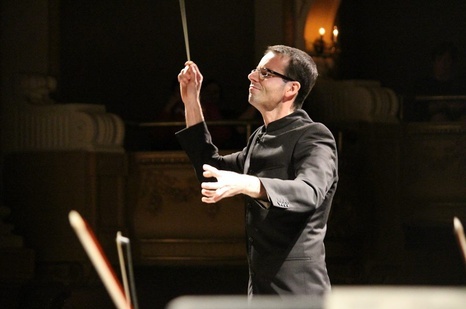 Reviewed by critics as a “dynamic and exciting conductor” whose conducting is “imbued with aplomb, energy, and pathos,” Dr. Thomas Taylor Dickey is the Director of Orchestral Studies at Oklahoma State University, where he conducts the OSU Symphony Orchestra and guides all aspects of the orchestra and orchestral conducting programs. He concurrently serves as Music Director & Conductor of the OSU Youth Orchestra and Artistic Advisor of the Stillwater Community Orchestra. Prior to his appointments in Oklahoma, he was the Director of Orchestral Activities at the University of Wisconsin-Platteville and Music Director & Conductor of the Dubuque Symphony Youth Orchestra (IA).

A native of Illinois, Dr. Dickey holds doctoral and master’s degrees in orchestral conducting from the University of Georgia and Louisiana State University, respectively, and graduated with highest honors from Eastern Illinois University. He has worked with conductors such as Carl Topilow, Christopher Zimmerman, Daniel Lewis, Gustav Meier, and Diane Wittry, and further studied conducting in numerous workshops and master classes at the Prague Academy of Performing Arts, Cleveland Institute of Music, and Cincinnati Conservatory of Music, among others.