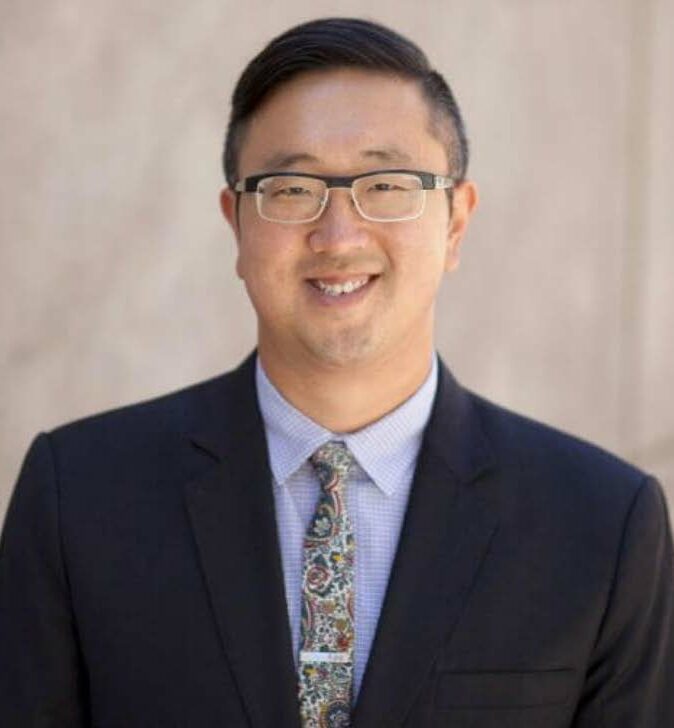 Dr. Travis J. Cross (he/him) serves as professor of music at UCLA, where he conducts the Wind Ensemble, directs the graduate wind conducting program, and chairs the music department. He was also associate dean for academic mentoring and opportunity during the initial years of the UCLA Herb Alpert School of Music. Cross has conducted the UCLA Wind Ensemble at the California All-State Music Education Conference and College Band Directors National Association Western/Northwestern Division conference and prepared the band for centenary performances of Leonard Bernstein’s Mass with Gustavo Dudamel and the Los Angeles Philharmonic.

In 2004, Cross participated in the inaugural Young Conductor/Mentor Project sponsored by the National Band Association. The same year he received the Distinguished Young Band Director Award from the American School Band Directors Association of Minnesota. From 2001–2003, Cross served a two-year term as the recent graduate on the St. Olaf College Board of Regents. In 2006, he was named a Jacob K. Javits Fellow by the United States Department of Education. From 2011–2015, he served two terms as national vice president for professional relations for Kappa Kappa Psi, the national honorary band fraternity. In 2017, Cross taught the Cavaliers Drum and Bugle Corps as brass co-caption head, serving since as a consultant and ensemble specialist. A proud Korean adoptee, Cross has led efforts to foster mentorship and networking opportunities within the Asian American band director community.

Cross wrote a chapter for volume four of Composers on Composing for Band and contributed to The Horizon Leans Forward, both available from GIA Publications. His more than 20 original compositions and arrangements are published by Boosey & Hawkes, Daehn Publications/C.L. Barnhouse, and Theodore Music.

Cross has appeared as a guest conductor, composer, and clinician in nearly 40 states; internationally in Canada, China, Korea, Singapore, Spain, Thailand, and the United Arab Emirates; as featured band clinician at the Texas Music Educators Association Clinic/Convention; and on several occasions at the Music for All National Festival and Midwest Clinic. He has engagements in California, Georgia, Kansas, Montana, Nebraska, New Mexico, South Dakota, Texas, Virginia, Wyoming, and with the NAfME All-National Honor Band during the 2021–22 season. Cross is a Yamaha Master Educator.