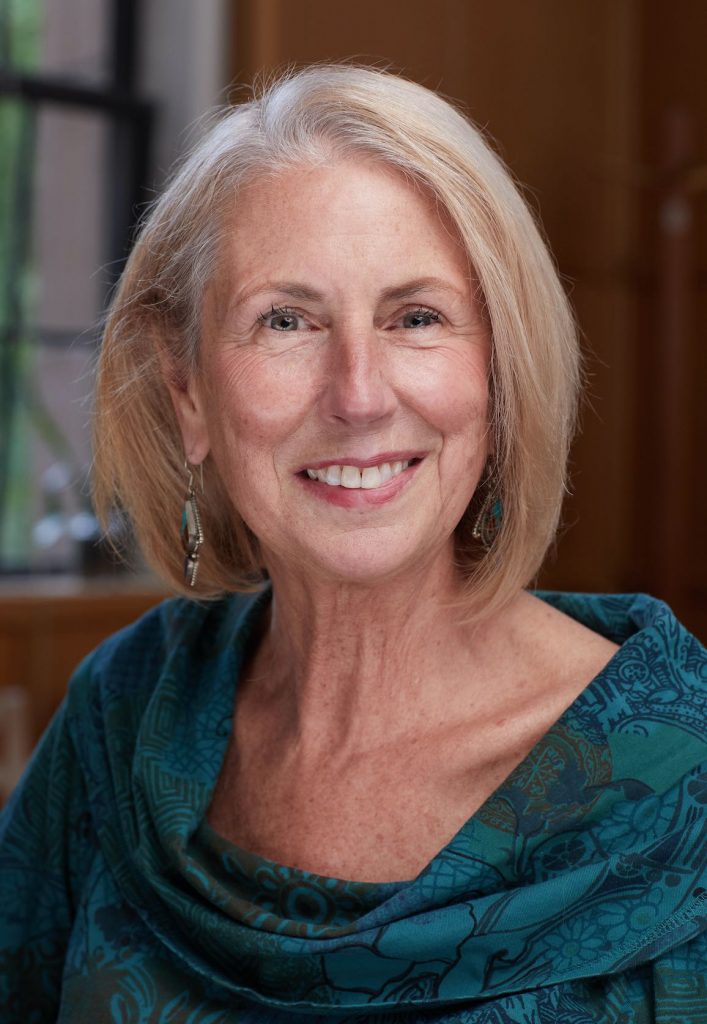 Patricia Shehan Campbell teaches undergraduate and graduate courses at the interface of Ethnomusicology and Music Education, including music for children, world music pedagogy, and ethnographic research in music. She has chaired the programs in Ethnomusicology and Music Education, establishing the BA in Ethnomusicology degree and developing studies in music and community (including Music Alive! in the Yakima Valley, and partnership programs with institutions in Myanmar and Tanzania).  She was named Donald E. Petersen Professor of Music in 2000, and continues to hold this appointment offered to accomplished faculty at the University of Washington. Her interests include music in early and middle childhood, world music pedagogy, and the use of movement as a pedagogical tool. She has delivered lectures and conducted clinics across North America and in Europe, Asia, Latin America, Australia, New Zealand, and South Africa. Campbell is published widely on issues of cross-cultural music learning, children’s musical cultures, cultural diversity in music education, and the study of the world’s musical cultures in K-12 and university courses.

She received the Taichi Traditional Music Award (along with Ravi Shankar and Bruno Nettl) in 2013, and the Koizumi Prize in Ethnomusicology in 2017, for her work on the transmission, teaching, and preservation of traditional music in schools and university music programs. She was also recipient of the Senior Researcher Award from the Society for Research in Music Education in 2002 for her long and continuing research record, and the 2014 Kent State University Distinguished Alumni Award.

Campbell is editor of the six-volume World Music Pedagogy series published by Routledge in 2018-19 on diversifying the musical content and approach to music in schools.  She is co-editor of the Oxford Handbook of Children’s Musical Cultures (2013) and the Global Music Series (2004-present), a series of books and recordings by 28 ethnomusicologists in study of the world’s musical cultures.  She has written well over 150 books, chapters, and articles in refereed journals, including these titles: Songs in Their Heads (1998; 2010), Music, Education, and Diversity: Bridging Cultures and Communities (2018); Redefining Music Studies in an Age of Change (2017); Teaching Music Globally (2004), Free to Be Musical: Group Improvisation in Music (2010), Multicultural Perspectives in Music Education (2010, 3rd edition), Music in Childhood (2018, 4th-enhanced edition), Musician and Teacher (2008), Tunes and Grooves in Music Education (2008), Music in Cultural Context (1996), and Lessons from the World (1991).

In her chairing of the Board for Smithsonian Folkways (2008-2018), she has guided the curricular development of archived recordings for the dissemination through teaching of American and global music expressions in schools and communities. Since 2009, she has been a regular contributor to projects of the Association for Cultural Equity, including curricular design and repatriation efforts of the archived recordings of Alan Lomax.  She has served on boards of the Society for Ethnomusicology (as vice-president), the International Society for Music Education, and The College Music Society (as president).  She has been an active member of various editorial committees (Journal of Research in Music Education, Psychology of Music, Research Studies in Music Education, Music Educators Journal, and the College Music Symposium).

She holds a Ph.D. from Kent State University and a B.F.A. from Ohio University. Campbell is a certified teacher of Dalcroze Eurhythmics, and continues her study of music’s transmission processes through applied lessons with visiting artists, culture-bearers, and community musicians.

You can adjust all of your cookie settings by navigating the tabs on the left hand side.